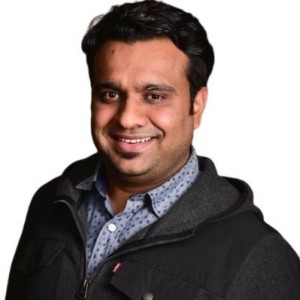 Amit Chaudhary is Salesforce Application & System Architect and working on Salesforce Platform since 2010. He is Salesforce MVP since 2017 and have 17 Salesforce Certificates. He is a active blogger and founder of Apex Hours.

In this session we are going to learn how to deploy connections between Tableau and its advanced analytics external services and then utilize these connections to develop powerful and flexible data science applications.

If you take a step back to consider the disruptive potential of AI, we believe there are two distinct and complementary opportunities.

The first opportunity is automation – this is taking the human out of the loop, and replacing them with an a model or algorithm that is more accurate, objective and efficient. Basically, any task that you have to repeat on a regular basis, where the considerations into the decisions are know and well-defined is a great candidate for this.

The second opportunity is around augmentation, enhancing the human’s capacity to understand data to make better decisions with intelligent suggestions.

Now this second opportunity, is the one that Tableau tends to focus on.  This stems from three main reasons:

Augmentation to amplify the human analyst is the solution.

Augmentation and Data Science at Tableau

So across Tableau, we have four major areas of investments we’re applying AI technologies on.  We’ll go through them one by one.

Tableau ultimate goal is to democratize advanced analytic across this spectrum and provide a platform which can be used as enterprise standard. Saying that this wide range of advanced analytic users can be categorized into three main groups:

What is tableau analytic extension api exactly? I am pretty sure almost everyone is familiar with or hear about dashboard extension which is the extension to put objects to dashboards everything from integrating more advanced analytics, natural language generation, database wrote back and many more. With analytic extension we will bring the same extended experience to tableau calculation.

The Analytics Extensions API (Previously, known as external services) was used originally for the Python integration with Tableau which allows users to call Python functions directly from Tableau. TabPy is a python open source library which expand tableau’s capability by allowing user to execute python code in Tableau.

To the basic topology with Tableau desktop, tableau server or tableau prep builder we can configure a connection to the analytic extension meaning python pass data out and return back in the result.

In desktop and server it works through scrip calculation which has four type scrip Boolean, script integer, script real and script string and these are basically describing to tableau what to expect in the term of the type of returned data.